Agate Beads - decorated or without stripes

Agate is a partially opaque, partially translucent, but a mostly banded sub-variety of chalcedony and quartz.  In this section you will find agate that does not correspond to the regular definition, as well as specialty beads, such as decorated Tibetan style agate, crackle agate and druzy agate.

For instance, Moss agate is not scientifically classified as an agate because it has no concentric banding, but it is still a chalcedony.  The white quartz with green inclusions is reminiscent of thick moss on a forest floor.  It sometimes contains traces of reddish oxidation to form pink beige moss agate.

White agate has also almost no bands and is sometimes called "snow quartz" or "snow jade".  It is said to eliminate bad luck and as a consequence to attract good fortune.

Crackle agate is a through heat fractured gemstone of which the cracks or veins are often accentuated with a white or black permanent substance.  A similar substance is used to decorate agate in an attractive Tibetan style.

Tibetan style agate beads are the modern version of the central Asian "Dzi" bead, which is prized as a protective amulet. In Tibetan "Dzi" means "shiny, bright, clear, splendid"; in Mandarin it means "heaven's" bead. The decorative pattern has often a number of circles or "eyes" to protect the wearer from the "evil eye".

The glittery crystals of druzy, which grows in an agate geode, are often coated in a velvety film.  It should be noted that druzy is not limited to agate and can be found in many other gemstones. 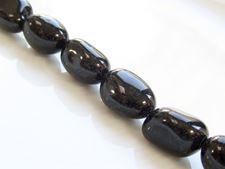 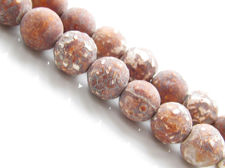 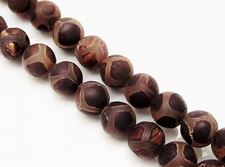 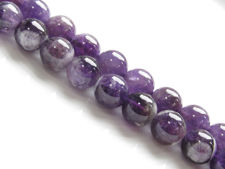 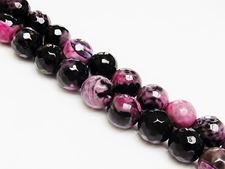 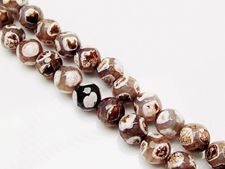 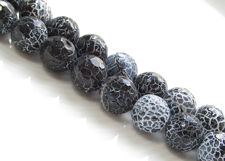 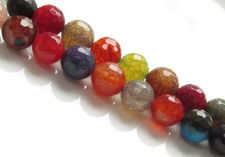 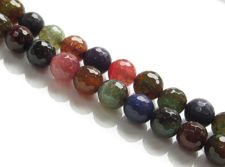